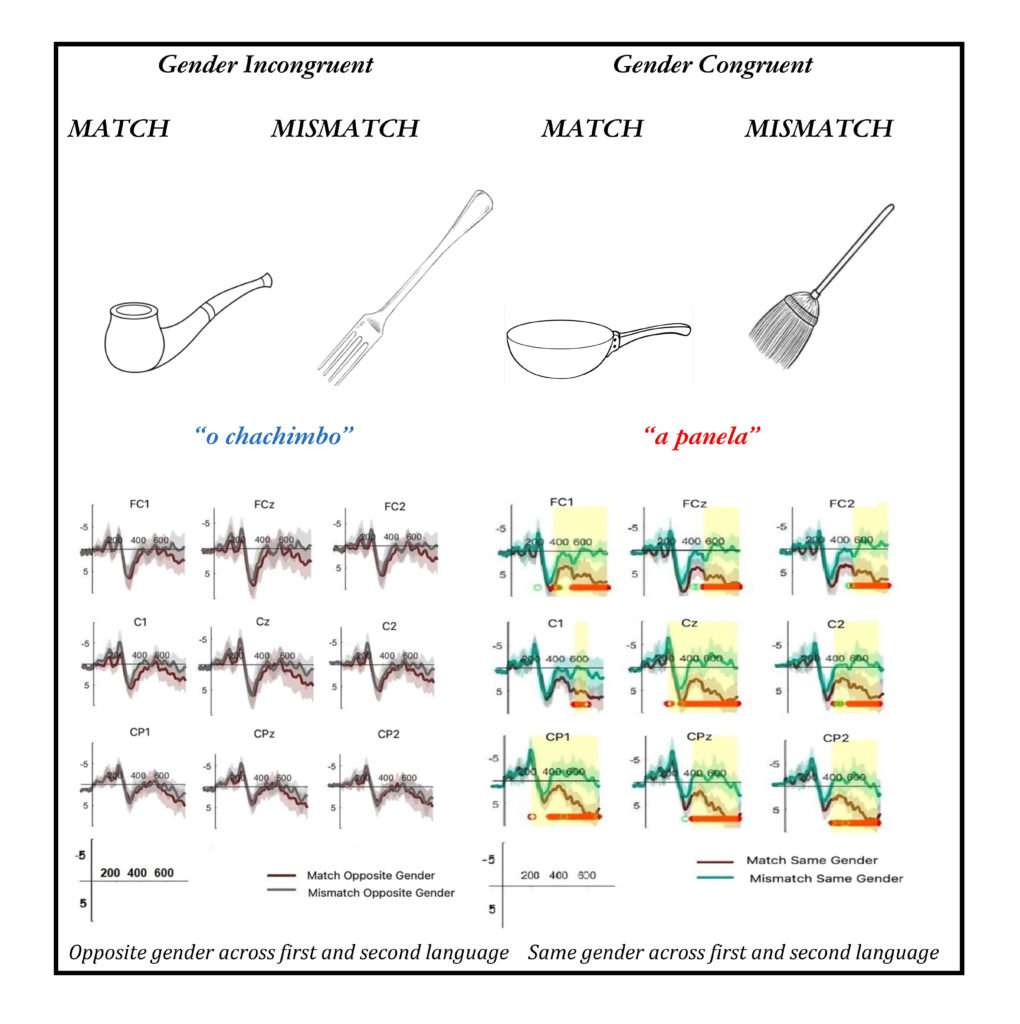 French speakers learned a limited vocabulary in Brazilian Portuguese via computerized games. Learned nouns either shared gender across languages or not. Pre-training, no ERP differences were found in a cross-modal match-mismatch task for match vs. mismatch trials. Post-training, an N400 effect was found for mismatch trials, but only when the grammatical gender of the learned Brazilian nouns matched that of French nouns. These results demonstrate that crosslinguistic grammatical gender congruency influences lexical activation during the initial stages of establishing a new L2 lexicon.